Now, we are at the beginning of the fourth Industrial Revolution called Industry 4.0. Industry 4.0 mainly focused on customized production. It relies on a new paradigm called “Fog Computing”. Fog Computing is a system level architecture that distributes resources and services anywhere along the continuum from Cloud to Things. Fog Computing is capable of virtualization and integration of PLCs and IPCs. Control applications as the key component of automation should be matched with the new architecture.

In my research, I am interested in the scheduling of control tasks as well as partitioning and scheduling of messages in Time-Sensitive Network (Deterministic Communication that converges OT & IT). 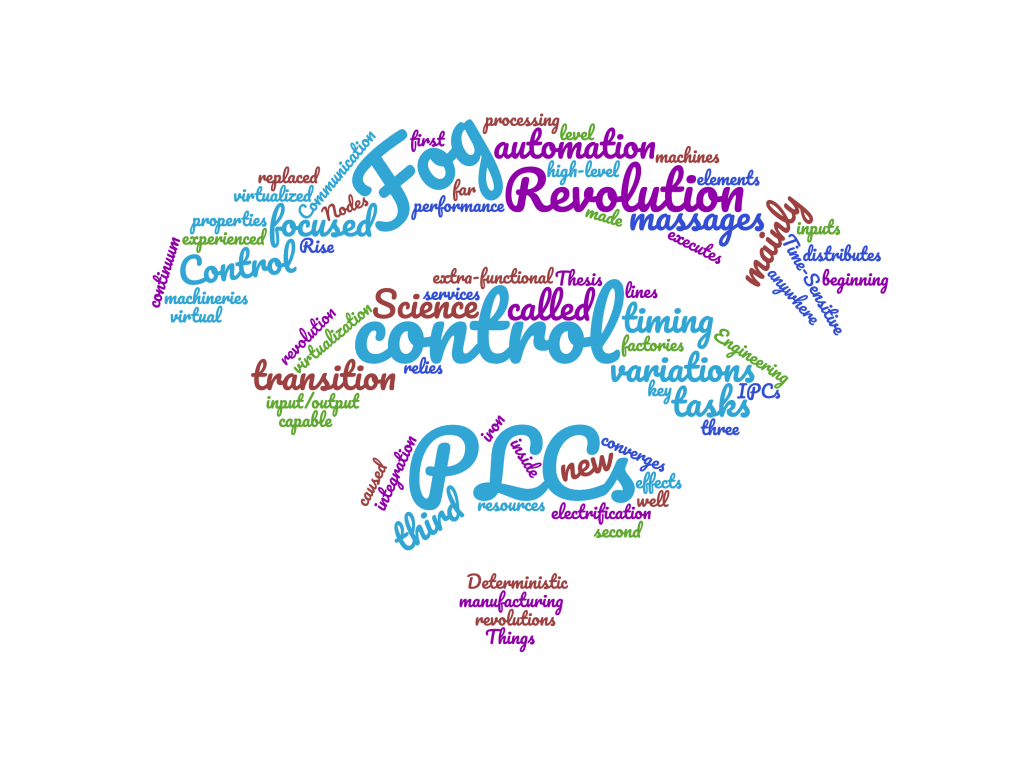 Latency-Aware Distributed Resource Provisioning for Deploying IoT Applications at the Edge of the Network
https://www.infosys.tuwien.ac.at/Staff/sd/papers/FICC_2019_SD.pdf

Optimal Placement of Stream Processing Operators in the Fog
https://dsg.tuwien.ac.at/team/vkaragiannis/publications/ICFEC2019_ODR.pdf

Edge Computing with Peer to Peer Interactions: Use Cases and Impact
https://dsg.tuwien.ac.at/team/vkaragiannis/publications/CPS2019_edgeComputingP2P.pdf